This summer, Digi-Bridge worked with scholars through MeckEd to provide a 4-week Summer STEAM Camp experience. Funding for this program was provided by a 21st Century Learning Community Centers grant through the North Carolina Department of Instruction. 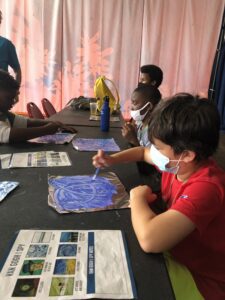 intersections where art and technology meet. They explored pixel art and making a GIF, data visualization, stop-motion animation and 3D printing. Joel Bonasera from Making Things CLT came to present his knowledge on 3D printing. Scholars took a field trip to Camp North End which included the Immersive Van Gogh Exhibit, screen printing with MacFly Fresh Printing Co., lunch from Bleu Barn Bistro and a visit to the MIGN Inc. to see where they scan, design and 3D print orthopedic braces. And of course, there was ice cream!

In our second week of camp, students had short group challenges each 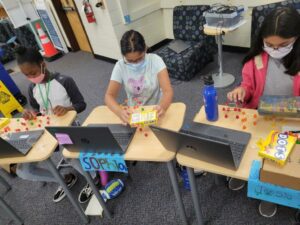 day to foster communication and problem solving. They worked together on such challenges as building a cup and index card tower and making tin foil boats. They also worked on longer projects exploring geometric shapes, LEGO wind racers and Ping-Pong zip lines.

The temps were high this week and scholars requested a water day which was a great way to try some new things! Scholars assisted in engineering water slides and cooled off with spray bottles outdoors. They researched and presented facts they learned about various engineering fields. This week’s field trip involved exploring the design engineering process at Clayworks where scholars were able to try both wheel and hand building.

During our third week of Summer STEAM Camp, scholars used 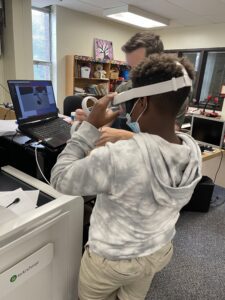 Matchbox cars, tracks and blocks to explore friction and force. They also raced, explored egg drops, designed and coded vehicles with LEGO WeDo robotics and launched marshmallows with balloon rockets to understand forces of motion. Special guests to camp this week included Michael Zytkow with Potions & Pixels who helped students explore augmented reality with Mario Kart Live and several guests from the Duke Energy team that showed how they use Virtual Reality in their careers. Our field trip this week was to Carowinds and included special focus on the Fury.

During our fourth and final week of Summer STEAM Camp, scholars 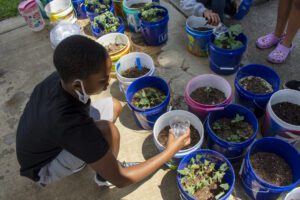 explored the relationship with the environment through the lens of sustainability. Through hands-on practice, scholars learned how they can take small steps to reduce waste by recycling paper and plastic products, saving organic waste for composting and choosing smoothies and fresh fruit juice to snack on rather than processed food packaged in plastic. Scholars visited a community garden and helped harvest vegetables and ate and prepared food at Chef Alyssa’s Kitchen. Scholars also read the book “Weslandia”, by Paul Fleischman, as motivation for how one person can make a difference in their community modeling sustainable behavior. During this week scholars also built and programmed Spike Prime robots. They used their knowledge to design their own battle bots for a tournament.

Thank you to all our partners who made this year’s Summer STEAM Camp such a great success! 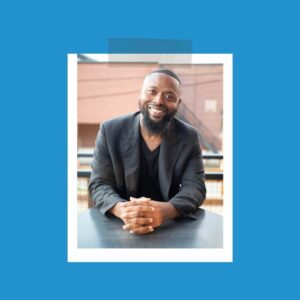 As Digi-Bridge enters 2022, Doc Dillard will be joining our team as an additional new program manager. 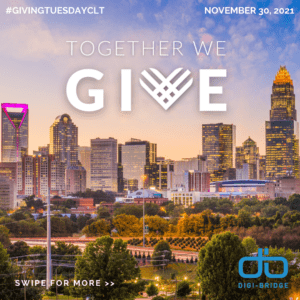 Thanks to your support, Digi-Bridge expanded access to high quality STEAM programming in Mecklenburg County. We have even bigger plans … 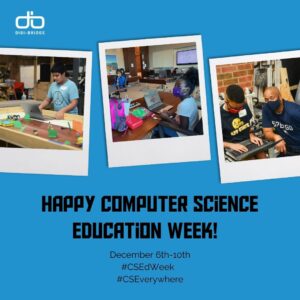 December 6th-10th is Computer Science Education Week. Check out activities, events, and ways to give back to celebrate! 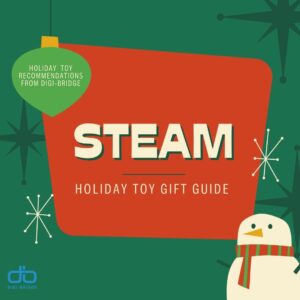 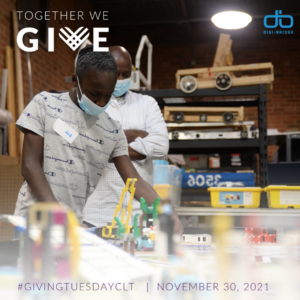 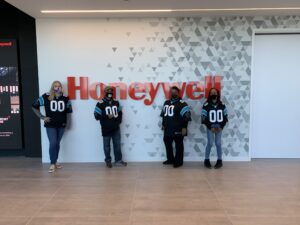 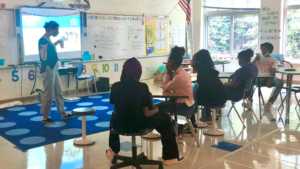 This October, as part of Cyber Security Awareness month, Digi-Bridge STEAMLab scholars will learn all about cyber security and different … 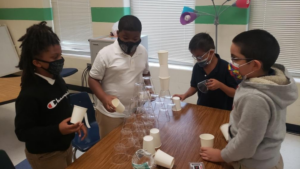 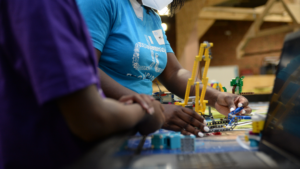 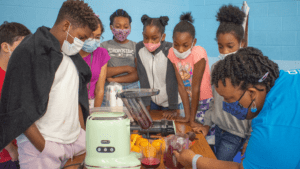